Google Chrome will be Faster in 2010

Bang Ancis
Dec 27, 2009
Facebook Twitter
oogle Chrome Browser alternatives will improve their performance in 2010. Chrome will display the page and web-based running programs faster java script.  Google Chrome users only around 4% of all browsers in the world, but in the year 2009 has been to expand the extraordinary influence.

Google launches open-source browser was in 2008 at the urging of users who require a browser other than Microsoft Internet Explorer, Mozilla Firefox and Apple Safari. Companies not only want to increase your browsing speed, but also rebuild the foundation. Chrome is Google's effort in the beginning of acceleration, web-based running programs faster javas script. 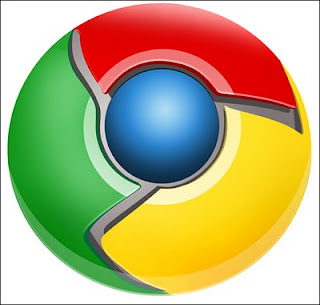 Java script is the first step a pilot project exploring the experience more intensive site. Services with Google Docs and Gmail are also in the form of Java script. If the performance is much faster it will help the overall performance of the Google application program.

Google made the most ambitious changes in July when he announced the operating system open-source Chrome. One more thing down to earth at the end of 2009, Google has released a beta version of Chrome for Mac and Linux not only Windows, and an additional extension system that has been long awaited.

Many ambition far Chrome is still unrealized in practice, but existing products today also have a large effect. One of them, the program has increased the speed of Mozilla in Firefox 3.6 beta.

Although Chrome "steal" some important parts of the existing technology in Firefox, but not all carry the Mozilla browser technology. Use Firefox itself gradually been increased to 25% in the whole world until the end of 2009.

Mozilla is aggressively adding new features to Firefox, and will be coming soon Firefox 3.5 in June 2010. The increase primarily related to the ability to embed videos directly into web pages without the need for a plug-ins such as Adobe's flash system.

While the video in HTML5 is still hobbled by a difference of opinion what the best video format is best used. Browser company eventually wants to make the web as a platform for applications, not just static sites, and file handling jobs, multiple tasks, webcam, geolokasi and webGL for 3D graphics.(INILAH)